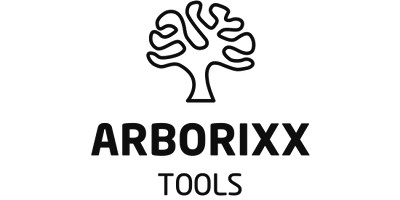 The Approach throw hook is outstanding, because of the very easy way to connect the end of the rope to the hook. No carabiner or knot, that could get caught by a crotch, is needed. It is made of a pipe. At the end there is a pin, which serves as placeholder in the knot. Just put the rope through the hook, fix it with a knot, stick the knot to the pin – and the Approach is ready! In the following, Tim Schröder, inventor of the Approach and founder of Arborixx, reports from his daily practice as a tree climber on various possible uses of the Approach.

Branch gets stuck in a nearby tree – and now? 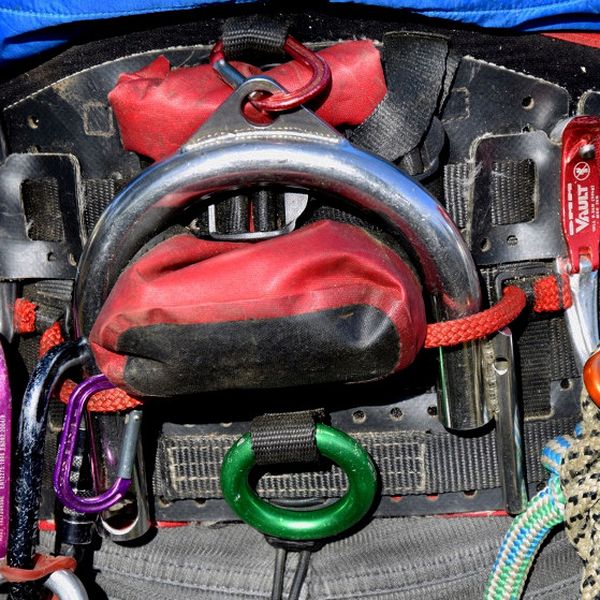 The workday comes to an end, the sun is low and releases its reddish evening light into the beautiful forest. The last tree – the last cut. The branch falls, rolls over lower branches and gets caught in the crown of a nearby, subordinate tree.

You can guess what this means and you can already see yourself installing your rope from below in the nearby tree in the half-dark. Above all the stomach is growling. In such a situation, probably every arborist will be happy when he has a throw hook on his harness!

The Approach: the efficient solution

Arborixx’s Approach throw hook already has its regular place on my harness and now flies into the crown of the nearby tree. One of the special features of the Approach is the simple connection of the rope end to the hook. Each rope with a diameter of up to 13 mm can be fed into the hook and fixed to it using a stopper knot on a pin – a cost-effective solution. Even splices from some manufacturers fit through the rope channel.

Because the knot sits on a pin, it can be easily released even after heavy load. The lower attachment to the hook allows the rope to be attached in a common way by using a carabiner. I chose the first option. Because of its slim design, the hook is also suitable for narrow branch forks: no annoying carabiner that could get stuck in the branches.

The Approach is made of stainless steel, has a breaking strength of 15 kN and proves a good flight weight in practice. Since the rope sits on the pin of the throw hook, it can be easily turned and positioned in the required direction during installation and removal.

All’s well that ends well: With the help of the Approach throw hook I was able to easily and gently traverse into the nearby tree and remove the branch. It’s really dark now. 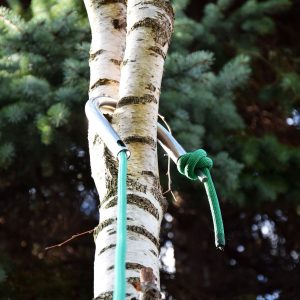 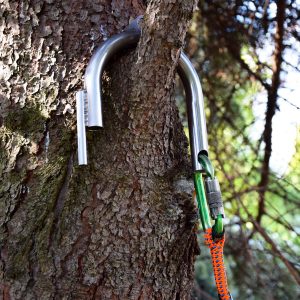 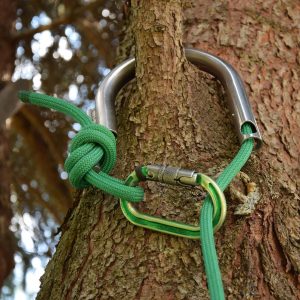 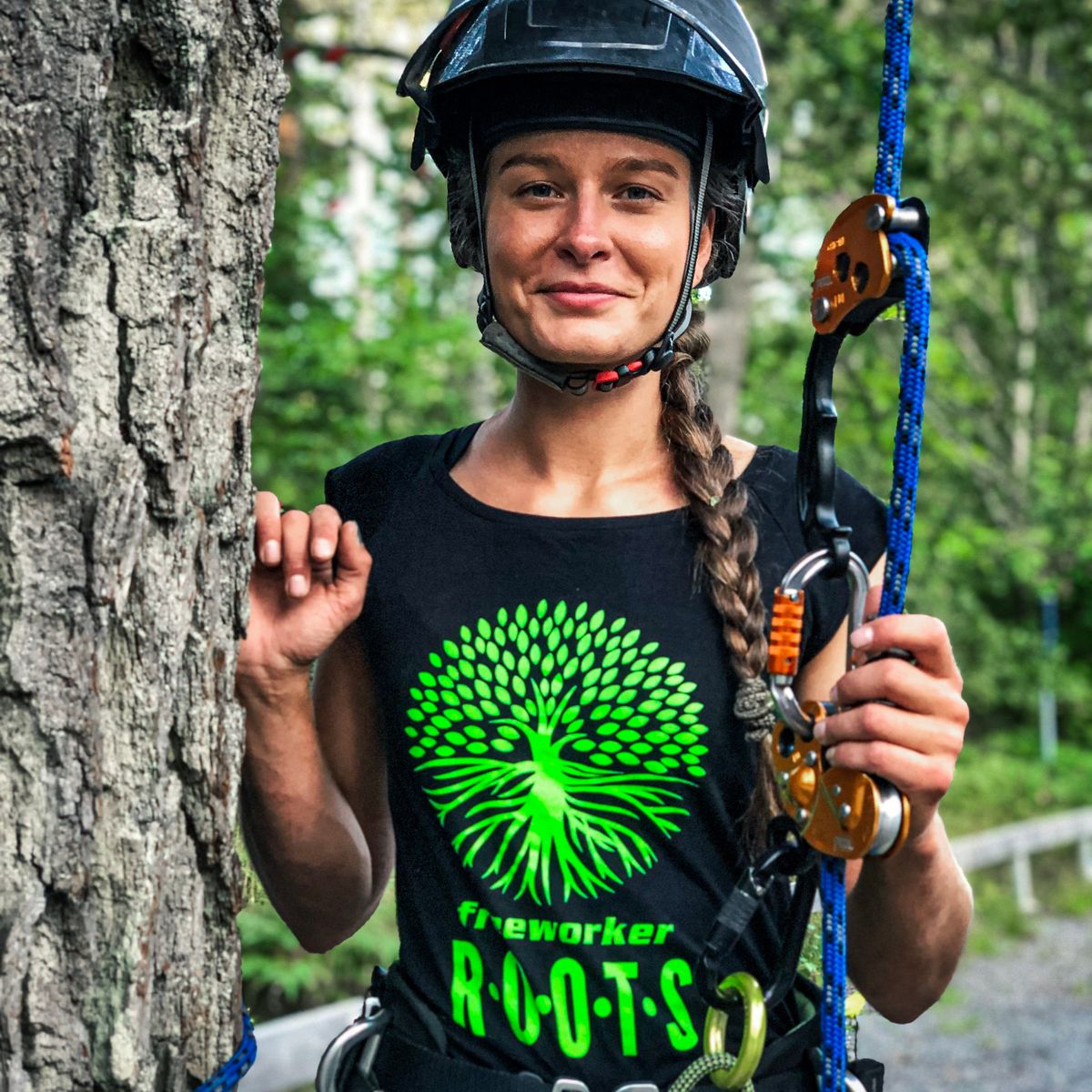 “Unbeatable tool when working in big trees or when you want to traverse over to an adjacent tree. Traversing over and redirecting will save energy and time. For example it made my week of pine prunes so much easier!”

New day, new task for the Approach: A spruce has to be felled. I use climbing spurs and arrive at the first wreath. Some branches cannot fall freely and are too heavy to hold. Before I had the Approach, I often let the rigging rope run directly over a branch. In a coniferous tree, it naturally resins quickly and wears heavily. Alternatively? I had to install a rigging pulley at the top in advance.

Now I hang the throw hook on a higher branch wreath and attach the rope to the branch that should be rigged. Cut, the branch comes safely to the ground while the rope is preserved. The ground person makes a stopper knot, which then gets caught in front of the throw hook and I can repeat the process with the next branches. What a nice thing!

It is already clear that this throw hook can do more than just help you to climb into other trees or parts of the crown. 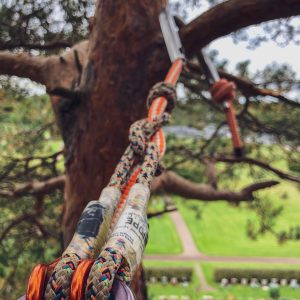 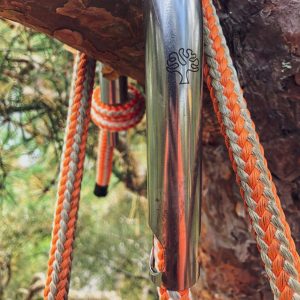 Arborixx (german) is a small company from Hamburg, Germany, which dedicates itself to useful products for the handling of ropes and knots. The ideas for the products came from the practice of rope climbing technique and tree care and were tested there. Tim Schröder, founder of Arborixx, has been a professional arborist and trainer in rope climbing technique for many years.