Carabiners that are part of Personal Protective Equipment (PPE) must meet certain safety criteria. It is not only when climbing trees that the health of the user depends on them. Nevertheless, it happens again and again that carabiners with locking system unintentionally open during climbing. How does this happens and how can a climber prevent it.

What exactly is a PPE carabiner? 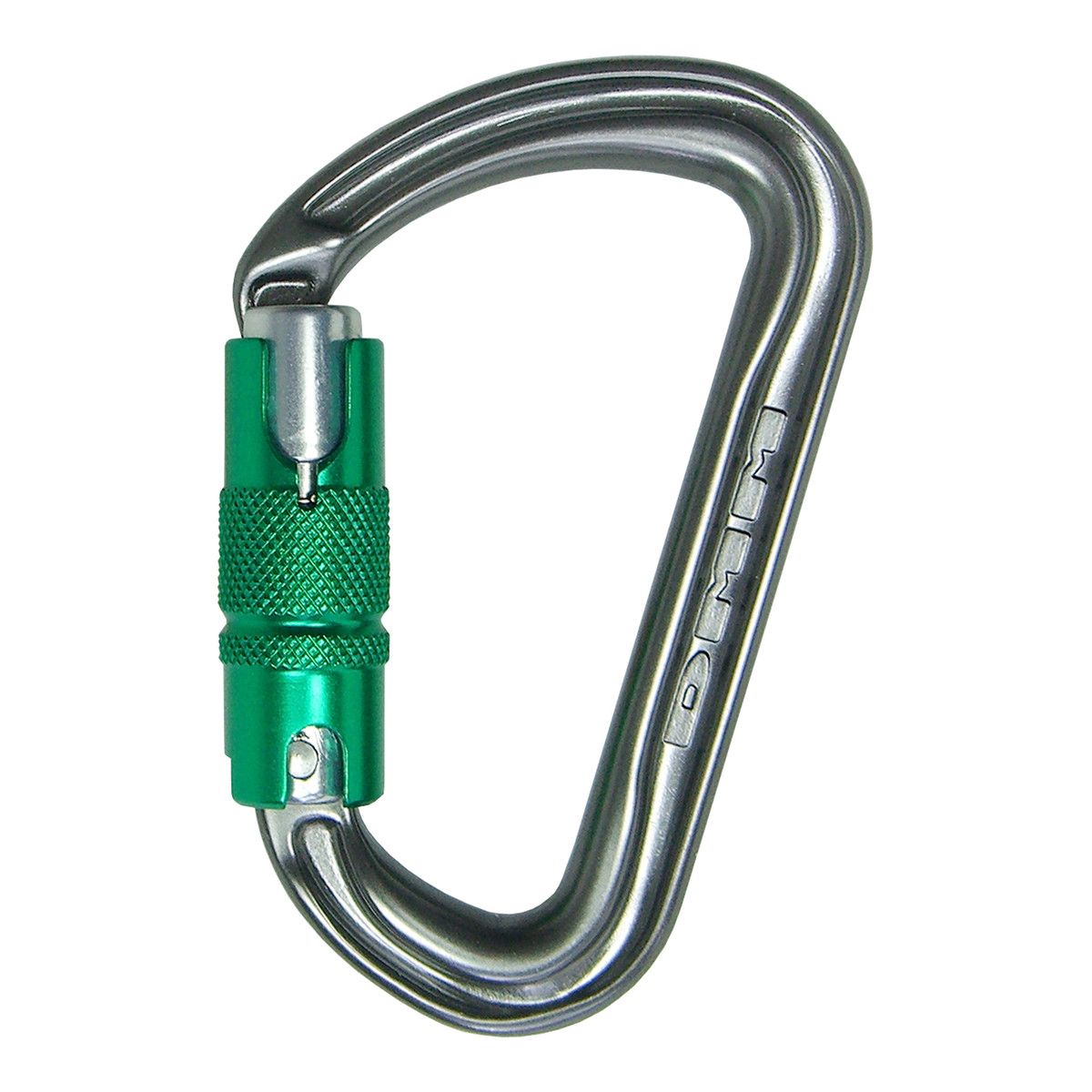 In practice, karabiners used in tree climbing as part of PPE have proven to be effective, as they comply with standards such as EN 362 and EN 12275. These essentially include three important conditions: Three independent movements must be necessary for opening. The locking mechanism must close and lock automatically. In addition, the longitudinal breaking strength must be 20 kN.

There are various technical solutions for the three-action lock – or triple-lock. The most common solution is to first push the locking sleeve and twist it before the locking mechanism can be opened. PSA carabiners are made of either steel or aluminium. Aluminium carabiners are usually used in tree climbing because they are much lighter than steel carabiners.

The specified breaking strength of 20 kN applies to correctly closed carabiners that are loaded longitudinally. In order to prevent a reduction of the breaking strength or even a failure of the carabiner, the following situations must be avoided: transversal load, bending or twisting load, pressure on the locking sleeve, blocking of the automatic lock. These points can be excluded by a suitable climbing technique and fixation of the carabiner.

How do three-action carabiners unintentionally open?

Even if the carabiner is closed correctly – and the lock is not blocked by jammed parts of the equipment – there is still a risk that it will open. Ropes, slings or the safety loop of the harness can tilt or press and turn the lock in such a way that the triple-lock unintentionally opens.

For this reason, as mentioned above, pressure on the locking sleeve must be avoided. This is because pressure and rotation of the equipment over the sleeve can trigger the locking mechanism. This can cause the carabiner to unhook in the worst case or the rope to accidentally hang into the carabiner.

How can accidental opening be prevented? 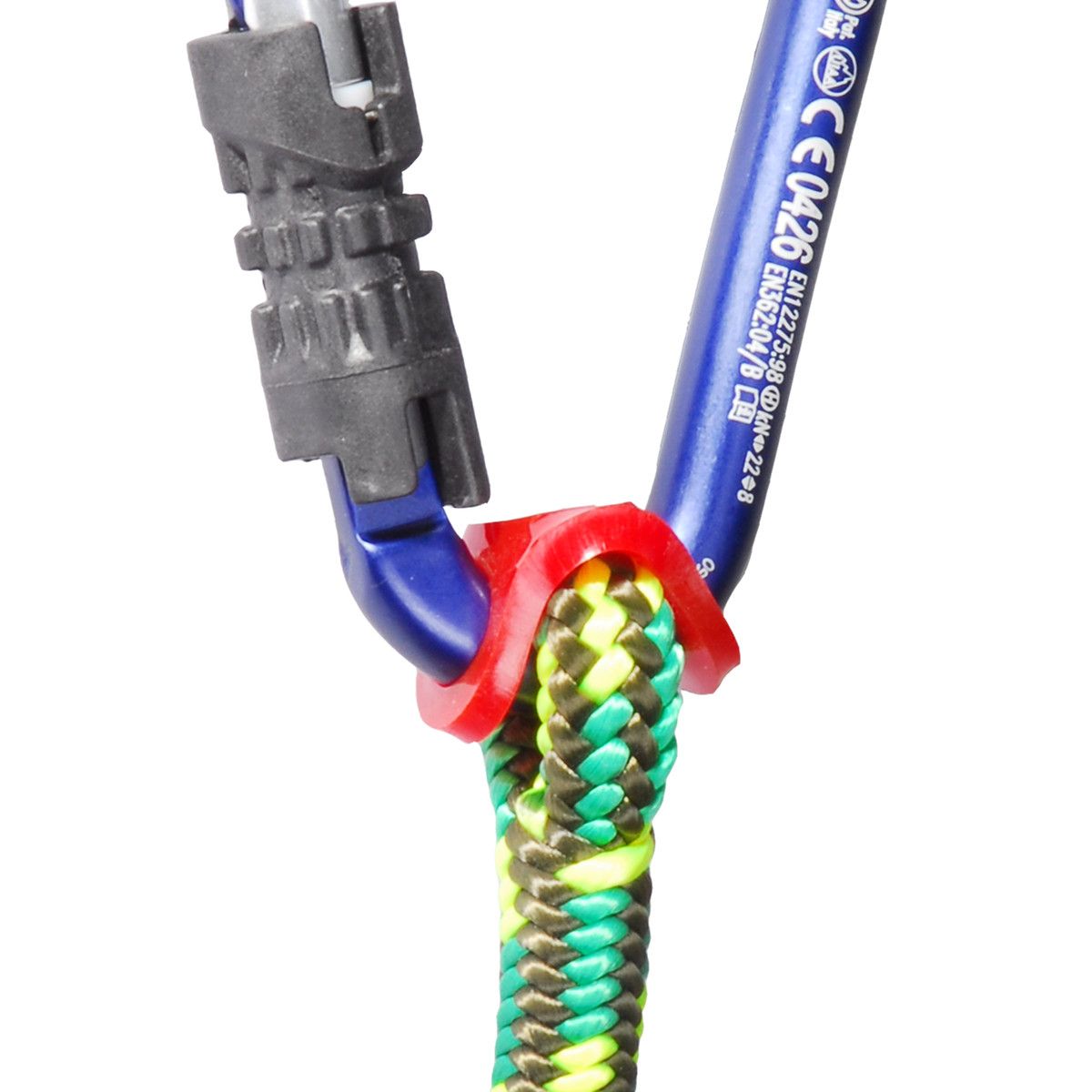 The opening of the carabiner must always point away from the rope. In addition, the carabiner’s back – not the opening – should always face obstacles such as a branch or a trunk. This is ensured as far as possible by an appropriate climbing technique.

In addition, the carabiner should also be held in the correct position with the aid of e. g. fixing rubbers. This way the climber ensures that the carabiner doesn’t twist unintentionally. This not only prevents an unfavourable transversal load on the carabiner. Pressure on the locking system is also avoided.

Which karabiners have extra protection against accidental opening?

The Ball-Lock is a mechanism patented by Petzl that offers an additional plus in safety. This turns the carabiners into so-called safe-lock carabiners: Only when the climber presses the green ball, the sleeve can be twisted and the lock can be opened. In addition, you can see at a glance whether the carabiner is correctly locked. This is only the case when the green ball is visible. The Ball-Lock is one of the safest locking options, but with gloves it takes a little practice to operate it.

Another PPE carabiner with special protection against accidental opening is the Belay Master by DMM. It is also one of the safe-lock carabiners. The Belay Master is a screw carabiner with an additional, patented locking clip. This clip can only be closed when the opening is tightened. If the clip is closed, it functions as a fixation: It holds the carabiner in the desired orientation and prevents ropes or slings from rubbing over the locking sleeve. 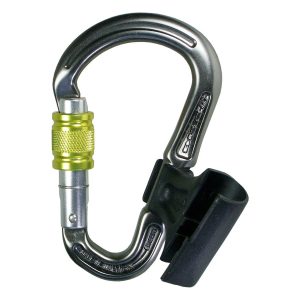 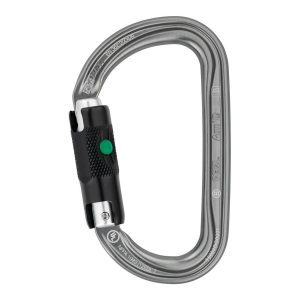 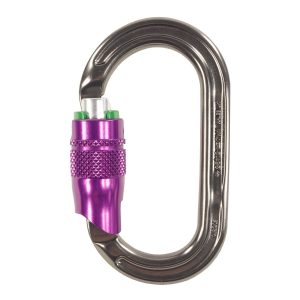 DMM also offers 4-way carabiners with the Durolock principle. The user must perform four different individual motions to open the karabiner. The principle minimizes the unintentional opening of the karabiner and is nevertheless easy to do with one hand.