The best tree climbers in the world met on the second weekend of August in Lakeshore Park in Knoxville. The International Tree Climbing Championship 2019 showed that the world’s climbers are moving closer together. Small mistakes and carelessness are enough to miss the qualification for the Masters. The reigning champions of 2018 also failed in the preliminary round. The new world champions in tree climbing are nevertheless two well-known champions.

77 participants want to go to the ITCC Masters

Almost as many participants as last year travelled to the ITCC in Tennessee. Among the best tree climbers from Europe, Asia, Oceania and North and Central America, there were 30 participants in 2019, a new record in women’s competition. On two days they faced the five disciplines in the preliminaries. And the 2019 World Championships were incredibly close. In the end, only a few tenths of a point decided the placings and the entry into the Masters.

Fight for every point at the World Championships

In spite of the high temperatures in Knoxville, unconcentrated climbing was not allowed at the International tree climbing Championships. The best example was the reigning world champion of 2018, James Kilpatrick, who made the decisive mistake in the throwline. A broken branch and the following disqualification deprived him of the qualification for the Masters and the chance to defend his title.

Only a tight twelve points were between James Kilpatrick

, eleventh in the ranking and the winner of the preliminaries, James Earhart

. In addition to Earhart, Jeffrey Inman

qualified for the Masters. The European tree climbing scene was represented by Tanguy Bonniord 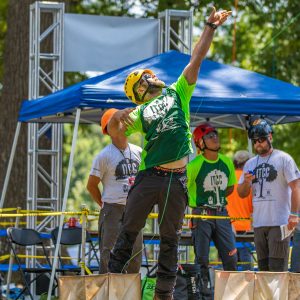 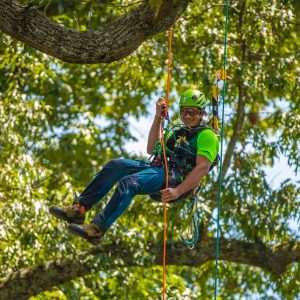 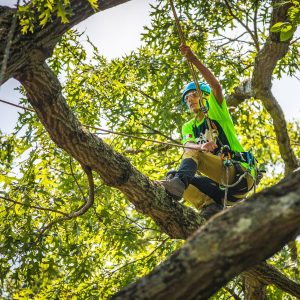 The women were also close together, even though the distances were somewhat longer. Especially Josephine Hedger

, five-time and reigning ETCC Champion, underlined her ambitions for the title. Together with her Stephanie Dryfhout

The individual victories in the preliminaries of the International Tree Climbing Championship 2019 were again spread over many shoulders. Only Josephine Hedger was able to collect two individual titles with the Aerial Rescue and the Ascent Event, which went up almost 24 meters. Speed Climb was again won by Mariah Lundstrum

the Throwline and Stephanie Dryfhout the Work Climb. 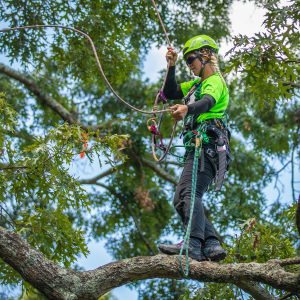 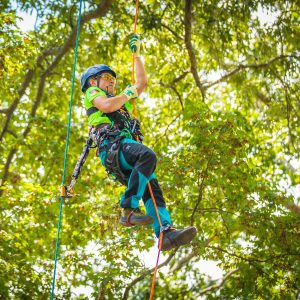 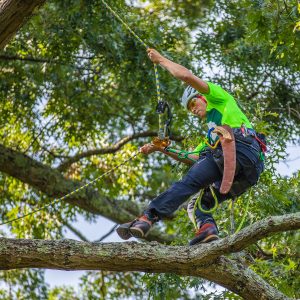 In the men’s event Derrick Martin

won the Throwline and Miguel Pastenes

With six starters and three female starters there was a big spectacle on the Sunday of the World Championships. As expected, the strong winner of the preliminaries and overjoyed Josephine Hedger won the women’s masters with a clear lead of 30 points. Also on the other two places nothing changed and Stephanie Dryfhout took second place ahead of third placed Aneesa Winn.

In the men’s competition it remained a close race for the title like on the two days before. New World Champion and winner of the International tree climbing Championships 2019 is the New Zealander Scott Forrest with 263 points. Barton Allen-Hall followed with only six points behind. Pre-round winner James Earhart finished third with another three points behind. Tanguy Bonniord climbed to fourth place ahead of Jeffrey Inman, runner-up last year.

The two new world champions in tree climbing are no strangers to the International Tree Climbing Championships. Both have already entered their names in the Hall of Fame for the fourth time. But not enough of the parallels. The last title of both was also five years ago.

Our congratulations and appreciation go to the two new World Champions and to all participants. We are already looking forward to the remaining smaller championships in 2019 and the upcoming big events in 2020.